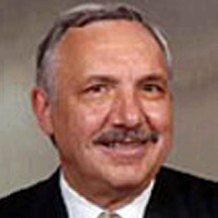 The Honorable William Hetzler has been a leader in the greater New York community for several decades. For 15 years, Mr. Hetzler was the General Chairman of the German-American Steuben Parade, where he was acclaimed for drawing unprecedented attention to this event.

After his appointment from NY Governor George Pataki, Bill Hetzler served for eight years as Assistant to the Governor for German Affairs. He nevertheless found time to serve on the Boards of non-profit agencies serving cultural, social and municipal improvement. Hetzler was a consulting producer for the heralded PBS television documentary, The German-Americans.

In 2004, Hetzler founded the German-American Hall of Fame, and was promptly elected its Chairman. Numerous well-known Americans of German ancestry have been inducted in to“the Hall” since the founding ( www.gamhof.org ).

Born in Munich, Germany, William Hetzler graduated from business school in 1956. He emigrated to the United States the following year, and was soon drafted in to the U.S. Army.

Assigned to the famous “Hell on Wheels Second Armored Division, Hetzler became an interpreter with our forces in Germany; he and Elvis Presley were assigned to the Third Armored Infantry “Spearhead” Division. Mr. Hetzler was promoted to the rank of Sergeant, honorably discharged in 1960, and became a U.S. citizen in 1965,

In the 1970s, Bill Hetzler built on his one delicatessen to create a chain of food stores. He owned and operated an art gallery in Manhattan’s Soho neighborhood, and continues to be a patron of the arts, partly through his long-standing personal acquisitions of artworks.

Mr. Hetzler now chairs and operates the Hetzler Holding Company, which manages his real estate investments. William Hetzler was awarded the Cross of the Order of Merit, First Class from the President of Germany in 2001. Other notable honorifics include the coveted Ellis Island Congressional Medal of Honor (1998); Golden Medal of the Bundesrat of the Federal Republic of Germany (1994). He has been named as an Honorary Member of an array of organizations, including the Garment Center Synagogue, the NYC Detectives Association, the NYC Fire Department, the Plattduetsche Volksfest Vereen of NY, and the United Bavarians of Greater NY &amp; NJ.

In 2004, Hetzler was the commencement speaker at Schiller International University’s Heidelberg, Germany campus. Mr. Hetzler is the founder of the Institute for the Advancement of Stem Cell Therapy,seeking the treatment of cancer and other diseases through non-toxic means. Having recovered from a malignant tumor himself by applying natural therapies, he has been called the “poster boy for alternative medicine.” He wants to help as many people as possible to experience a healing, healthy and long life. A book chronicling William Hetzler’s life, Thank You America, was published in 2007.

Bill Hetzler and his wife Jackie reside on Long Island, a New York City suburb. They have three adult children and four grandchildren.

For an extended bio, please go to www.williamhetzler.com