Kaylie Hausknecht is a rising senior at Lynbrook High School in Lynbook, NY. In May she was selected as a Genes in Space Finalist meaning her proposal was one of the top 5 submissions out of the record 559 received in the 2018 contest! Kaylie is currently working with mentor Holly Christensen to prepare to present her proposal to the Genes in Space judges at the 2018 International Space Station Research and Development Conference. Kaylie was also recently featured by her local paper. Here Kaylie shares a bit about her Genes in Space experience thus far. 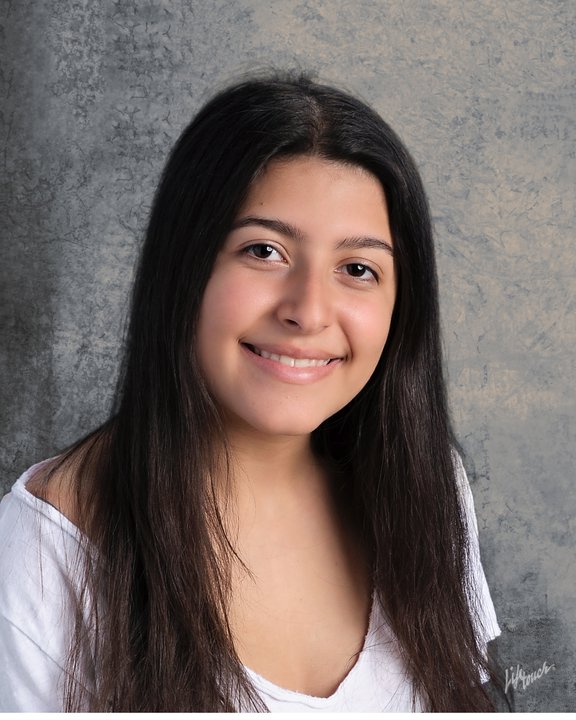 What inspired you to apply to Genes in Space?

The day that my Advanced Placement Biology teacher, Mr. Vessalico, brought the miniPCR Lab in a Box into our classroom was the day I knew that I would be applying to Genes in Space. He requested it so that the students could move from a conceptual to an empirical understanding of PCR and gel electrophoresis. I had some familiarity with this equipment as I had performed PCR experiments and had used gel electrophoresis prior to this experience. That said, I was particularly amazed by how user-friendly, efficient, and compact these machines were compared to the others that I had previously used.

To conduct our investigation, we used both the miniPCR and the blueGel electrophoresis machines to determine whether the hamburgers or the sushi caused the E. coli outbreak aboard the International Space Station (ISS). Working with this machinery enabled me to understand the power of the scientific devices aboard the ISS. Moreover, I had preconceptions that the experimental capabilities on the ISS were very limited, but this experience challenged those notions.  This realization served as the impetus to formulate my own questions that could be tested on the ISS.
See photos of Kaylie’s classmates using Lab in a Box

How did you first become interested in science and space?

My love for science goes back to my days as a little girl. My parents tell me stories about how, as a youngster, I was often caught making concoctions and trying to test what would happen if I took random things around the house and mixed them together. While I no longer spend time trying to discover what will happen if I put soap in the microwave, I have carried my inquisitiveness with me through all of my endeavors. The science research program at my high school has helped to cultivate and refine my passion for STEM as well. Throughout high school, I have worked on projects such as designing a microbial electric generation device, exploring concepts in number theory, and most recently, applying machine learning to condensed matter physics research.

The first time that I remember being intrigued by space was in second grade when a planetarium was set up at my elementary school. I was mesmerized by its vast emptiness. I had so many questions even then. Never could I have imagined that as a high school student I would have the unique opportunity to answer some of those questions by sending an experiment into space. Even today, I am captivated by space and all of its attendant concepts. I am still that person who continually stares at the night sky pointing out Polaris and other stars. 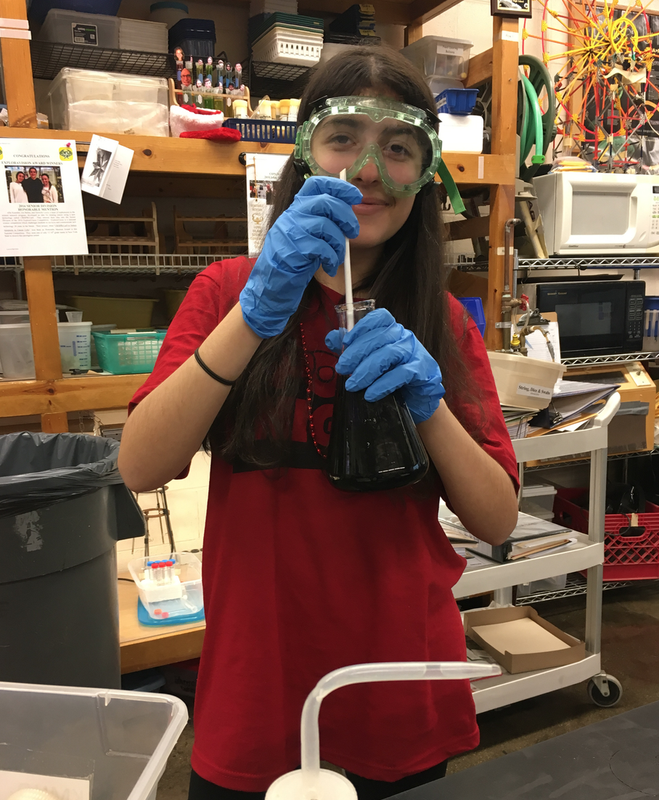 Space is truly the final frontier. When approximately 95% of our universe is composed of dark matter and dark energy, of which we have few working theories to understand, we know that much remains to be discovered.  In that regard, investigations are taking place on many different fronts. Space, as explored through the realm of physics, poses many perplexing issues. Additionally, space biology is a very exciting field of study with a multitude of open questions. Conducting biological experiments in space has important implications both for astronauts and for cultivating organisms in outer space. In an abstract sense, conducting these experiments in space can help us learn more about ourselves.

By way of example, the norm of our daily existence on Earth is where acceleration due to gravity is approximately 9.81 m/s2. As such, we do not contemplate issues such as having proteins and pathways that sense and respond to gravity. Investigations in space biology will allow us to advance space exploration programs and provide us with a richer understanding of ourselves. I am very grateful that Genes in Space has given me the opportunity to pursue my interests in science and space.

Tell us a little bit about your topic. How and why did you choose your topic?

My topic involves trying to understand the genetic mechanisms involved in sensing gravity (and the lack thereof) on a cellular level. There have been numerous cellular biology experiments conducted aboard the ISS that cite microgravity as the independent variable. These experiments typically explore the effect of microgravity on some cellular or molecular phenomena. For example, several experiments have aimed to study changes in gene expression in microgravity. While these experiments further our understanding about the effects of microgravity on cellular processes, these experiments only touch the surface of a much deeper process that begins with the sensation of gravity. But, despite all of this experimental work to study changes in microgravity, the intracellular mechanisms used to sense gravity still have not been elucidated. This is exactly what my experimental plan sets out to do. We know how cells change when they are in microgravity, but we do not know why they change. This is something that cannot be measured by studying changes in gene expression since the genes involved in sensing gravity would likely be expressed at similar levels in μg and 1g.

Conducting an experiment that could identify proteins and pathways involved in sensing gravity would not only provide us with a fundamental understanding of why we see such drastic phenotypic changes in space, but it can also help us ensure the well-being of our astronauts on deep space missions. The distance from the Earth to Mars when they are closest to each other is approximately 156,000 times the distance from Earth to the ISS. If astronauts are experiencing immune system debilitation while aboard the ISS, the immune system, which is vital for the health of our astronauts, should be of utmost concern while we plan missions to Mars and places even farther away. If we are able to correctly identify which genes and subsequently which proteins are responsible for sensing gravity and signaling changes in gene expression, which we already know suppress the functioning of the immune system, then we can create drugs and other treatments to prevent these proteins from inhibiting immune cell proliferation in space. In addition, the experiment that I have proposed could serve as a proof-of-concept for using CRISPR screens in space.  In the spirit of mankind’s ambitions to push the limits of space travel, I aim to push the experimental limits aboard the ISS. 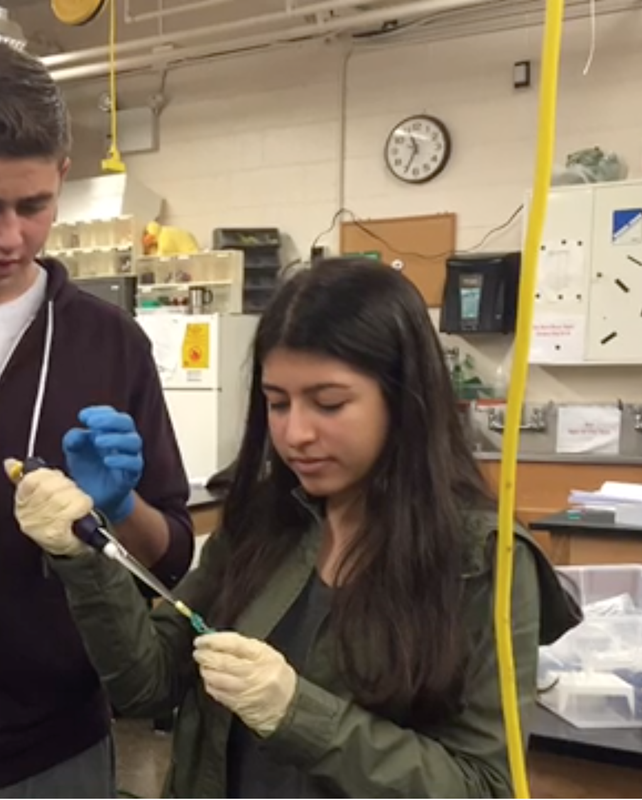 Tell us a little bit about what you have been working on since the Genes in Space Finalist announcement. What has it been like to work with your mentor?

After receiving the exciting news that I had been selected as a Genes in Space Finalist, I was connected with my mentor Holly Christensen. Besides bonding with me over our mutual love for science and space, Holly has been guiding me through the process of refining my experiment and creating a presentation. We often meet to read and discuss scientific papers. Working with Holly has also helped me to learn more about the experimental design process. Writing a proposal was just the first step. Holly has provided me with the resources to translate my proposal into a comprehensive experimental plan. When designing an experiment, every minute detail must be addressed. I have been working meticulously to design every aspect of this experiment: beginning with the nucleotide sequences of the PCR primers to the culture media to use for growing cells.

What did you gain by participating in Genes in Space?

Genes in Space introduced me to an entirely new frontier of science. The ISS presents an environment with microgravity, increased carbon dioxide concentration, higher levels of cosmic background radiation, and other unique conditions. I have been actively researching discoveries made in astrobiology, and I am optimistic about the future directions in this field. I have developed many new ideas for potential astrobiology experiments, so I hope that my involvement with this field does not end with Genes in Space. Genes in Space has honed my ability to read scientific journals; it has highlighted the beauty of working with like-minded people who are excited about research and making a difference; and ultimately it has crystallized my desire to pursue a career in research. 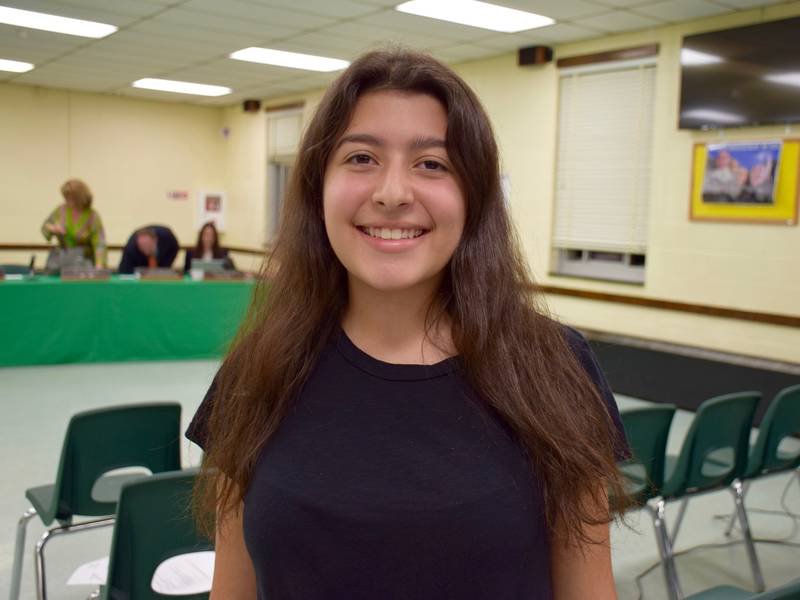 Do you have any advice for future Genes in Space contestants?

Isaac Newton captured the essence of experimentation when he said, “If I have seen further, it is by standing upon the shoulders of giants.” With that in mind, I would advise future contestants that their project for Genes in Space does not have to be, and is not expected to be, an end-all-be-all transformative experiment. What is important to remember is that science is a process. Most experiments are only a small piece of a larger puzzle. I would urge them to tackle a problem that interests them. In developing a compelling proposal, I would stress the necessity of doing comprehensive background reading, including articles about past and current studies on the ISS. If one is not fully invested in their project, then it certainly will not achieve its full potential.

Lastly, be curious. PCR has such a wide range of applications, some of which have yet to be realized. If you are stuck, try to think of a creative use of PCR. With ever-expanding plans to explore space in the coming years, mankind will encounter new problems. Examining what those problems will be can be a source for future experimentation. 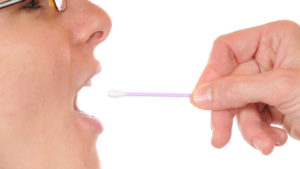