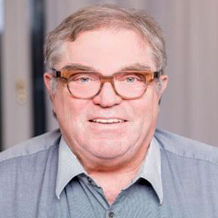 As the Director of the Institute for Research of New Therapies for Chronic Diseases and Immunology, Dr. Peter Schleicher is one of the foremost physicians and researchers in the field of alternative medical therapies. He was born on July 1, 1949 in Germany’s state of Bavaria.

For two years, he worked with Professor Rosemary Hickman in the world renowned medical transplant group led by Dr. Christian Barnaard, in Cape Town, South Africa. Dr. Schleicher’s focus was on immunological treatment through transplantation, as well as research on stem cells. He has also worked with Dr. Linus Pauling and Dr. Jonas Salk.

Dr. Schleicher entered the field of medical journalism, producing over 1,000 articles for the general public, along with 50 academic publications and 16 books. He has produced seven training films and is a popular guest on television. He was elected as a Fellow of the World Academy of Arts &amp; Sciences, for his work in immunology.

His ongoing research concentrates on autologous stem cells, and combinations of therapies to address kidney failure, erectile dysfunction and orthopedic diseases, among others.

Dr. Schleicher is pleased to be joining the Board of the Institute for the Advancement of Stem Cell Therapy, declaring that: “In recent decades, health care has markedly improved, but in 2018 improvements are coming even more rapidly. The Institute is leading the way in alternative therapies, and I am pleased to be a part of these efforts.”